Soaring toward the future with acceptance, compassion, and innovation for LIFE.

As part of the Special Education Department, the LIFE program nurtures and helps identify the strengths of our students while preparing them for everyday Life. Michael's story below really outlines how the LIFE program can benefit our students. Watch how the Georgia Cyber Academy LIFE program has helped Michael in his Academic journey and how he is thriving as an adult after graduation.

Michael Holland is 26 years old and serves as an Intern for Georgia Cyber Academy. He graduated from Georgia Cyber Academy in 2018. He is an active member of his community and with Special Olympics Georgia. He served on his local Douglas County Therapeutic Board as an athlete for the program. He has transitioned to an active productive member of his community. This was in large part from working with his school team. The team met regularly, and all members formed a partnership to consider his individualized needs both in school and afterschool. Through that partnership he is now serving as an Inter for Georgia Cyber Academy in their Federal Programs Division and as an Intern for Wade Ford. He continues to work with his team to reach his post-secondary goals.

Michael has Autism and an Intellectual Delay.  When he was young, he did not talk until almost 7 years old.  His family worked closely with the school system as a partner to ensure that his education program was designed to give him the best opportunity to be successful.  He also made huge strides forward when he became active with Special Olympics Georgia.  He has traveled to Washington, DC to advocate for funding for Special Olympics, participated in multiple events including Dream Ride, Swim with the Whales at GA Aquarium, Speaking at Dragon Con on behalf of Special Olympics, North American Special Olympics Games in Washington State, and compete regularly throughout the year at State and Local level Special Olympic Events.  Regularly he is asked to speak to the Special Olympics Games Organizing Committee and to their Honorary Board.

Students in the LIFE program excel when challenged and are well on their way to becoming positive contributors to society. At GCA we recognize the strengths of our Champions and continue to highlight their special achievements.

All students in the LIFE program have the opportunity to participate in the reading program by completing a daily reading log that's located in the Canvas course "LIFE Family Resources."  Students earn their wings by reading 3 or more times a week. 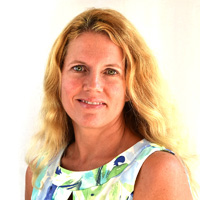 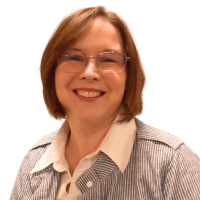 Georgia Cyber Academy offers the benefits of a brick and mortar school...right for you right from home.

Students access lessons and live classes online. Parents and students are partnered with certified teachers who instruct and guide student progress and achievement.  In the online classroom, students participate in real-time, direct instruction from their teachers.